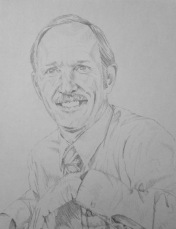 Chemometrics began in the mid 1970s driven by a few far-sighted individuals who perceived the power of applying computer-based algorithms to processing analytical data. Recognized as one of the co-founders of the field, University of Washington Chemistry Professor, Bruce R. Kowalski, (Kowalski Eulogy by Dave Duewer) drove the field through his students, his publications and the first book devoted to explaining the breadth of the field and its applications.

Since incorporation in 1978, Infometrix has been developing chemometrics software tools and finished solutions, as well as a variety of enhancement and accessory products for analytical work stations. Founded by Professor Kowalski and colleague, Dr. Gerald Erickson, most of the early activities of the corporation were centered on consulting in this very new field.

ARTHUR, a full featured chemometrics tool box for mini and mainframe computer systems was the first commercial package in the field of chemometrics and started sales in 1979. Written in FORTRAN with the source code included in the software bundle, ARTHUR became a favorite of the early adopters of the chemometric method. Software was different in those days, with the primary focus on compiling as complete a catalog of algorithmic techniques as possible and runs were performed in batch–with no in-process user interaction possible.

It became clear in the mid-1980s that chemometrics needed to be brought closer to analytical instruments in order to enjoy broader use. The early tools were useful in the hands of those educated in the art, but the broader market was not being adequately served.

Infometrix addressed the instrument gap between 1984 and 1990, working primarily on creating workstation specific tools for the new multivariate detectors being released to the analytical market. MCR-2, later to be re-coined QuickRes, a multivariate curve de-convolution program, was released first for the Hewlett Packard (now Agilent) 1040 and 1090 HPLC diode array systems and then the Waters 990 series HPLC diode array systems. Beckman Instruments took it a step further for their System Gold platform and had their own special version of QuickRes. Raising the bar a little higher Beckman had Infometrix develop and imbed a version of an “on the fly peak purity algorithm”, called fixed interval evolving factor analysis (FIEFA). In near real-time, without any prior knowledge or peak shape assumption, the purity of each peak was assessed and a prediction made on the number of underlying components. This Beckman product, released in 1990, is the first instance of chemometrics being imbedded on a chip.

Much work was done by Infometrix, in collaboration or under contract with others, during the late 90s and through today on various applications. Several proved to be very significant. In 1998 Infometrix, under contract with Agilent Technologies, helped to develop the ChemSensor headspace/mass spectral chemical sensor. Now sold by an Agilent Partner, Gerstel, this turn-key solution seamlessly blends rapid data collection with multivariate pattern recognition to provide reliable qualitative analysis. Another area of significant impact has been in metabonomics research. Pirouette is used extensively in LC/MS, LC/Coulombic Array, Raman and NMR studies of plant and animal physiology.

Because of these developments and the follow-on products made for Agilent, Waters, PerkinElmer, Perstorp, Otsuka Electronics, AGIS, and others, the Infometrix installed base for products bundled into analyzers climbed to over 10,000 units.

Reinventing the tools of the trade

During this same period the PC became the dominant platform for the analytical work station. ARTHUR was developed for the Digital Equipment Corporation VAX VMS operating system and also ported to IBM main frame systems. In 1984, Infometrix moved to development primarily for the MSDOS-based PC platform and commercialized this environment’s first Chemometric Pattern Recognition package. This product–Ein*Sight–featured PCA, 7 methods of HCA with dendrogram visualization, and a host of preprocessing statistics

From the beginning, the need was clear that a full featured PC based chemometrics package required a graphical user interface to have broad appeal. Microsoft was still in Windows infancy and would be until 1995. Infometrix developed a DOS based windowing system that was faster and more memory capable than a Microsoft Windows application, resulting in the release of Pirouette 1.0 in 1990. From this Infometrix GUI DOS platform were developed spectroscopy packages for Otsuka Electronics’ UV-VIS spectrometer and the first release of the PIONIR NIR analyzer, complete with their own set of chemometric tools. Prediction software was built for the 16 bit Windows 3.1 system to handle instrument company requirements.

Work on Pirouette continued through the 90’s with a Windows 95 based system being released in 1996 and further updates for Win98, Win2000 and Windows XP. New algorithms have been added throughout Pirouette’s 15 year life and today Pirouette has a full spectrum of data exploration, classification modeling, regression calibration, curve resolution, mixture analysis and calibration transfer options. Most analytical instruments write files that are compatible with Pirouette.

In the late 1980s, infrared technology was buzzing and instrument vendors were having difficulty dealing with the data explosion in real-time. Auto samplers coupled with chromatographs produced huge amounts of data for talented chromatographers to analyze. The industry was feeling the crunch with the need for automated interpretation. A product was needed to interpret this massive amount of data, one that could provide multivariate analysis in-line and in the automated laboratory and with no more than a technician’s level of expertise. Infometrix together with Pfizer (on-line process monitoring), the Food and Drug Administration (product adulteration and substitution) and the Centers for Disease Control (identifying M. tuberculosis and related infections) built a set of specifications to manage the problem. InStep 1.0 was first released in 1993 to handle routine prediction functions and disappear into the analytical instrument environment.

Early on the pharmaceutical industry was concerned about quality control for the chemometric models used on- or near-line. In the early 1990s, the concern evolved into the notion of FDA validation, essentially insuring that good manufacturing practices were applied to the development of chemometric software. This was followed by the need to track the origin of models following guidelines formed in part by Title 21 CFR Part 11. Both of these efforts now fall within the PAT umbrella. Pirouette was the first chemometric software to achieve FDA validation status and fully complies with the Part 11 constraints published in 2002.

Early Infometrix products developed for chromatography applications were designed to evaluate the purity of individual peaks and, if impure, their composition. It was recognized from the start that chromatographic analysis in multivariate programs was difficult due to peak shifts. The first algorithm added to Pirouette to address the problem followed a Kovats Index approach, relying on internal standard marker peaks injected with the sample as anchors. Built to support the Centers for Disease Control tuberculosis system, alignment requiring routine identification of coinjected or native standards was not applicable to many on-line or large scale QC applications. The result was a new alignment program called LineUp, released in 2004. Requiring no markers in the sample, LineUp aligns data to a gold standard chromatogram chosen by the researcher.

LineUp allows a significant change in the way chromatographs are deployed. This technology allows run-to-run variations to be minimized allowing pattern recognition to be applied to the chromatographic trace as a whole, much like we process spectra. In addition, the instrument-to-instrument variability is controlled in the same manner making data comparable from place to place without forcing separate calibrations. AC Analytical Controls has taken advantage of this in their DHA system, and with the incorporation into Analytical Specialists’ MicroFast GC, LineUp is on the process line. This was followed closely by implementation for the Siemens Maxum II and MicroSam process GCs, and LineUp is now bundled inexorably into the Falcon line of Calidus GC spanning laboratory, process and transportable systems worldwide.

Enhancing the ability to interconnect

As Pirouette matures the need continues to grow for automated analysis. With PAT initiatives being developed company by company for the pharmaceutical industry and chemical, petroleum and the petrochemical industry struggling for cost savings and efficiency, Infometrix and the flagship Pirouette chemometrics program continue to grow to meet their needs. A total redesign of the Pirouette underpinnings has relied on the cross platform compatibility of ActiveX COM. In 2002, a new paradigm in development was begun first, to study a feasible route for our algorithm suite and second, the development phase. Today we benefit from this effort with the release of IPAK 1.0 in March of 2005. IPAK is intended for a seamless integration into an instrument vendor’s software suite or to become part of a custom SCADA system for an industrial partner.

It is no longer sufficient to supply chemometrics software and hope for the best. Infometrix has long focused on a comprehensive, even invisible integration of chemometrics technology into process environments and instrument systems. This does not mean that chemometrics should be relegated to black-box status; rather we are looking to foster an appreciation that chemometrics is part of an entire system, not just a tool to do calibrations.

To that end, Infometrix is integrating chemometrics software with database management tools and web-powered dashboards to allow efficient tracking and customizations of multivariate technology. We have done implementations for both chromatography data and spectroscopy sources in the pharmaceutical, commodity chemical, petroleum exploration and oil refining. Some have been done with our partners, Bio-Rad’s Informatics division and Northwest Analytics in statistical process control. Some are bespoke systems that allow immediate (as it is collected) review of quality control information. Check in with us if you are interested in the details.